Above: Ken standing in front of one of the lighthouses - Skerries - at which Henry T Knott, one of his ancestors, served as a keeper from 1874 to 1876.

Ken is a retired marine engineer specialising in corrosion and materials engineering. He obtained his PhD at Leicester University in 1976 and became a chartered chemist. However, thanks to a career in the Royal Navy, Ken was able to cross over into the world of engineering where he became a chartered engineer also. He currently works as a pharologist. Based in Cornwall UK, he has written books about corrosion engineering, lighthouses and jazz. When he is not pursuing pharology, he operates his own publishing business, Jazz-Fusion Books. 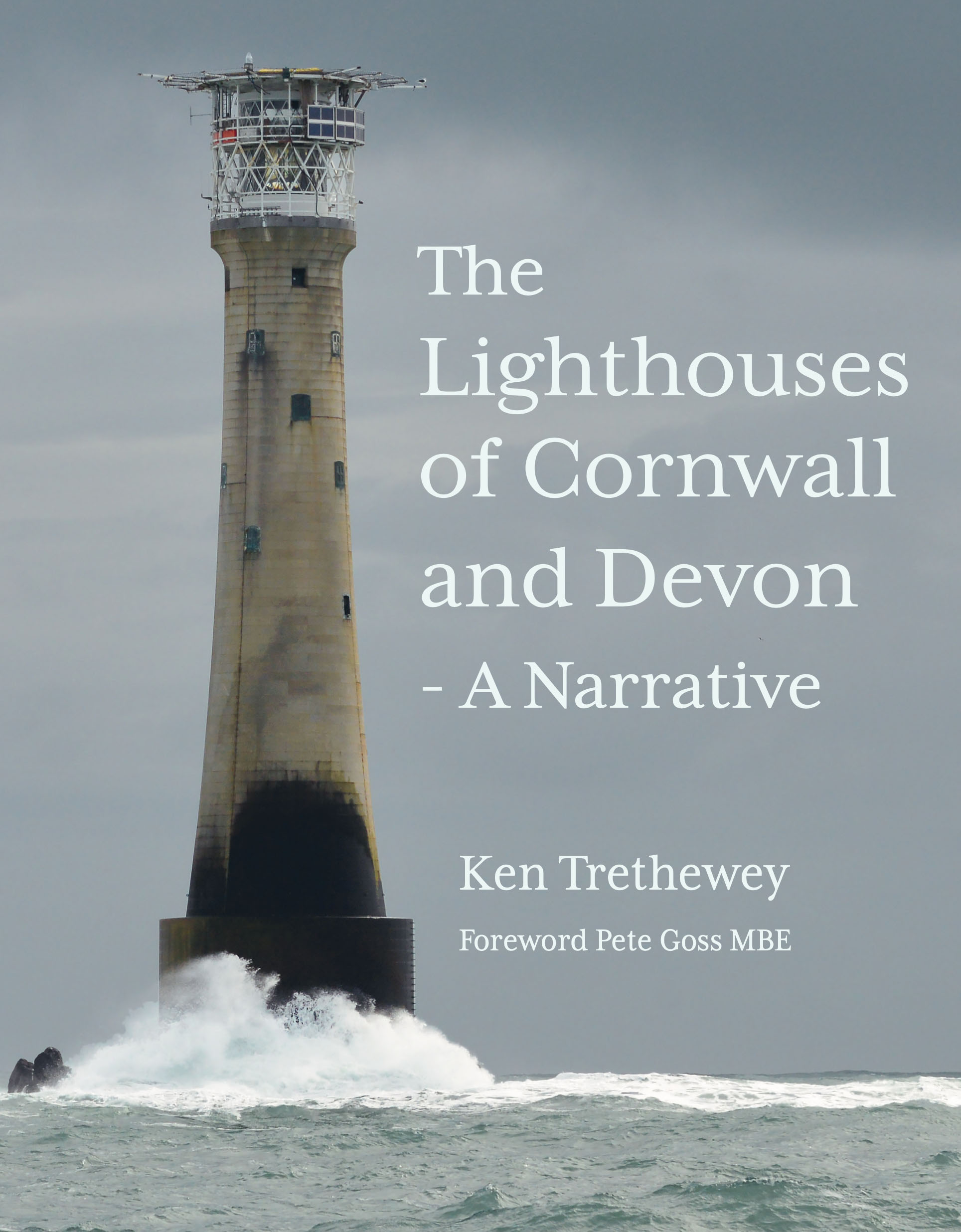 His latest book is Lighthouses of Cornwall and Devon - A Narrative

Shop For It Here

New book coming soon! Lights On The Foreland - A Celebration of Lighthouses and Their Keepers

This book is the detailed history of the South and North Foreland lighthouses and the Knott family of keepers. It contains details of many of the advances in lighthouse technology that took place at South Foreland and has potted biographies of the keepers who diligently tended the lights. Click the links for more details.

Shop For It Here

Ken can be contacted at ken.trethewey@pharology.eu

Dr Ken Trethewey is a pharologist and independent lighthouse consultant with more than fifty years experience. In 2019 he assisted with the STORMLAMP project undertaken at the University of Plymouth. Many thanks to BBC Spotlight for the video clip.

Since 1965 when he discovered he was descended from the famous Knott family of lighthouse keepers, he has been researching pharology - the study of lighthouses. Ken's activities with the National Maritime Museum and his contributions to Wikipedia have greatly helped to bring the Knott family history to the attention of the public. (See also Ken's own Lighthouse Keeper Website).

In 1992 he co-founded the Lighthouse Society of Great Britain that continued until 2005.

From 1994 Ken became one of the first to publish lighthouse material on the internet. This work is brought together in the Pharology group of websites that you can find here.

In the mid-1990s, with his brother Clifford, he built a database of lighthouse keepers, which enabled family history researchers in their quest for information about family members who had served in lighthouses. This is still a part of his work today.

In 1998 he published the first Lighthouse Encyclopedia on CD-ROM, which lasted in eight editions until 2005, and created the first database of world lighthouses, much of which has now been reproduced elsewhere.

With his rich heritage in lighthouse keeping, Ken wrote a book entitled The Keepers that detailed his family history at South Foreland lighthouse and the Eddystone.

In 2020 Ken published a major work on Lighthouses of Cornwall and Devon. It is a large format full colour book of 475 pages. Besides the use of his own beautiful photographs picked from over fifty years of travels, he sets out the latest, most comprehensive history of the region's lighthouses.

He is the southwest regional representative for the Association of Lighthouse Keepers.

Ken's current big project is a large work of scholarship - a series of books on Pharology. It will fulfil a lifetime ambition. Whilst there are many beautiful books about modern lighthouses, there is no definitive work on Pharology. Ken intends to fill this void.

Volume 1: is called, "Ancient Lighthouses And Other Lighted Aids To Navigation" and is now available from Amazon or via the Jazz-Fusion Books Website. It is the first work of its kind to fully analyse the origins of lighthouses. It contains the most comprehensive study of the Pharos of Alexandria yet published in English.

Volume 2: He is presently working on the second volume of the Pharology trilogy, which will be entitled, Early Lighthouses and will cover the period 400 - 1700. Publication is expected in 2022.

Volume 3: Once that is complete, the final volume covering Lighthouses of the Industrial age - a triumph of Engineering - should appear in 2023.

In 2014, Ken published a book by Gerard Taylor entitled, "But For Ireland, I'd Not Tell Her Name." Lavishly illustrated with Gerard's beautiful art, the story blends the history of the Irish people during the times of trouble with a touching story of love and folklore in the region of Lismore in Co. Waterford. The book is available from the Jazz-Fusion Books Webstore.

In 2018 and 2022 Ken published two books by David Dunton about railways. The French railways are described in a book called Escape to France. This fascinating book provides a wonderful travelogue about the the great French railway network. You can find it on the Jazz-Fusion Books webstore.

The most recent book is The Rhatischebahn Recalled and gives details of some beautiful railways in Switzerland and their locomotives. Both books make a great purchase for railway enthusiasts.

Pharology (The Study of Lighthouses)

Ancient Lighthouses And Other Lighted Aids to Navigation

Seven Days For Humanity The homepage for this worrying book

Take a look at Ken's Soapbox for his personal comments, especially if you are worried about the dangers to health of exposure to electromagnetic fields and of 5G.

Lighthouses of the Industrial Age by Ken Trethewey: 1700 to Present (due 2024)

Lighthouses of Cornwall and Devon - A Narrative by Ken Trethewey, available from 1 February 2021.

Lights on the Foreland by Ken Trethewey and Clifford Trethewey; now in preparation, expected August 2022. 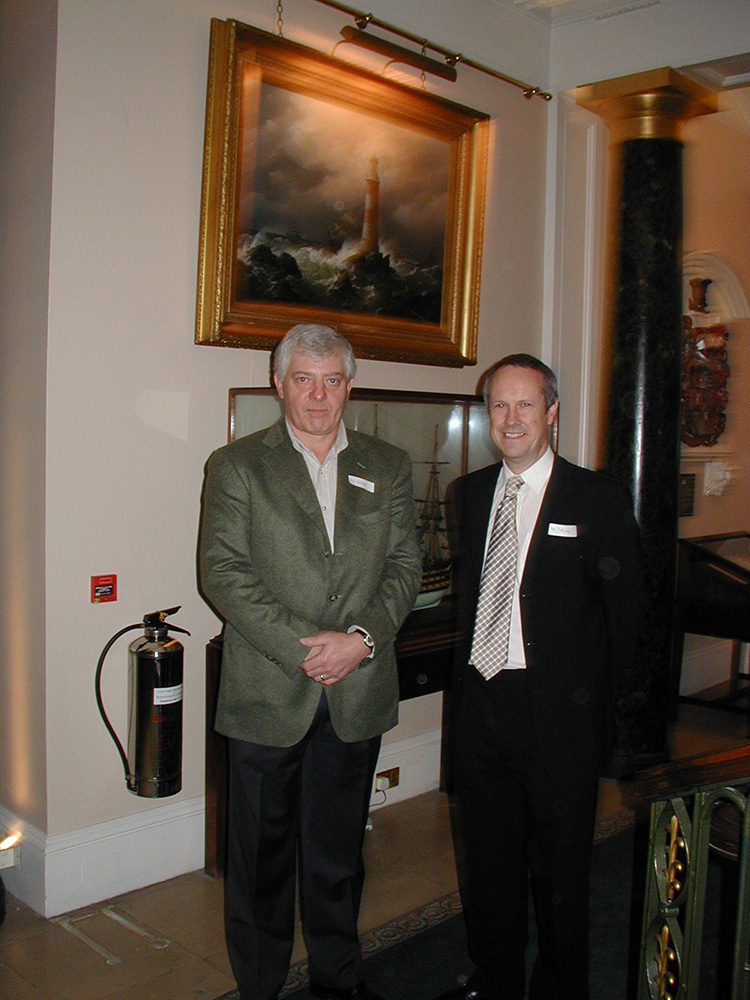 Above: Ken with Jean Guichard at Trinity House on the occasion of the book launch (2002). 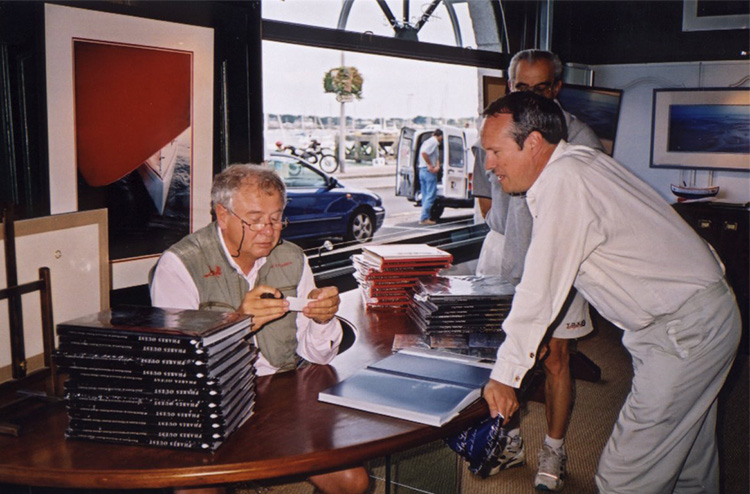 Seven Days for Humanity by Ken Trethewey: His shocking new work. We should all be concerned... 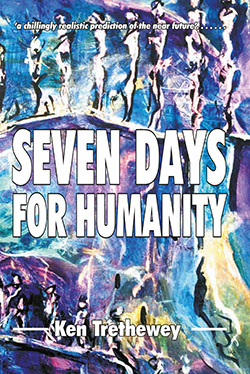